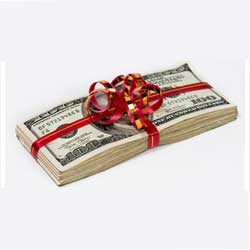 Who Pays For The Bridal Shower And Favors Etiquette

Once a venue is booked, a menu is planned and a beverage package is purchased. Generally, the average cost of a shower is about $25 per person, but can be less or more depending on your venue, choices, and needs.

The maid or matron of honor is responsible for selecting invitations and is in charge of wording for bridal shower invitations. She should make sure the name of the venue, date and time of the shower, and directions to the location are included in the invitation. She should also state that the shower is being given by the bridal party. If parents are also chipping in on the cost, then the maid of honor should state the shower is given by friends and family members of the bride; but to RSVP to the maid of honor.

The bridal party also selects the centerpieces. Traditionally, the mother of the bride and mother of the groom pay for the pieces. There are many bridal shower centerpiece ideas that can reflect a shower’s theme. From vases, to flowers, and even edible arrangements; choosing the right centerpiece pulls together a shower and can be purchased or made to complement a number of price points.

Prev Next
Leave A Reply
Cancel Reply
Stay With Us
Newsletter